This is a question often asked by clients, past and present. What is it like during the winter in Hydra?

I always respond saying “I personally love Hydra in winter!”. So why do I say this, you may be wondering. Those who know me, I can’t stand the cold for one, I am definitely a summer person.

Would you buy a house in Hydra only for use in the summer? or would it be year round?

In the past, the majority of property bought, owners came mainly during the summertime, due to other obligations and work. But recently those who are purchasing real estate in Hydra are tending to come off season too which is really nice to see.

Hydra is definitely the opposite in the winter than that of the summer where it is bustling with life and tourists. By the end of October, beginning of November, the island starts to shut down. Chairs from cafe bars by the clock tower are collected and stored, tents are taken down and most restaurants throughout the island close.

Rain and wind begin, rough seas, dull days with grey skies are seen and the temperature begins to drop. However even if there are some so called “bad” days, they don’t last for long! Maybe two to three days, then the sun shines and blue skies are seen again! People gather to drink their morning/midday coffee and chit chat about what’s going on (you can really learn a lot during this time!). Yes they are wrapped up with coats, boots and hats but sitting outside during the winter, especially in Europe, is pretty rare to see! 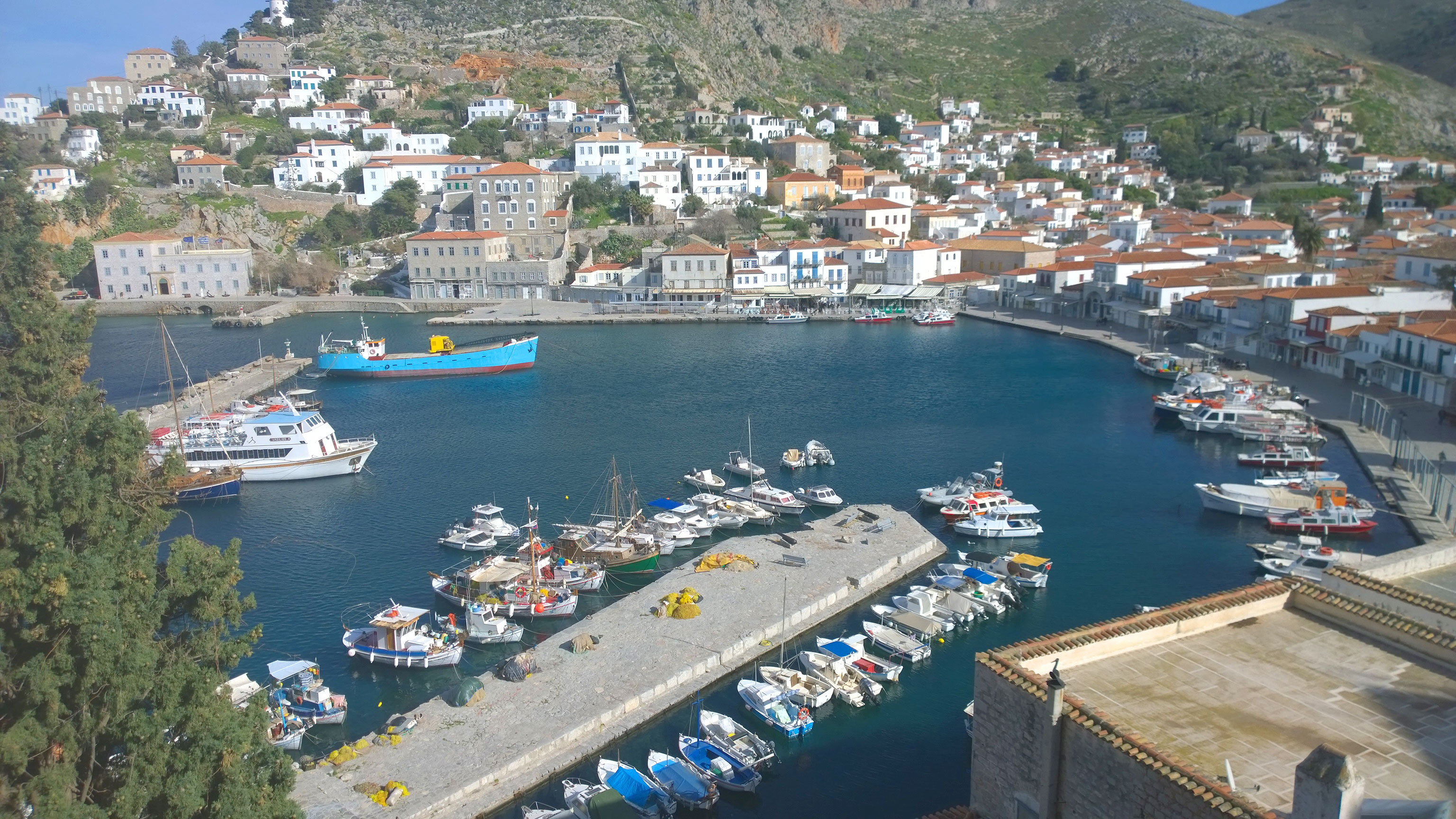 Hydra is quiet, relaxing, giving time to everyone to slow down and ponder about life. Locals have time to rejuvenate after a busy non-stop summer season, having a small break elsewhere, having ideas on their businesses opening again for the next season and enjoying their families to the full.

For those who have never had the chance to have a winter break in Hydra could say, but what can a tourist/foreigner do?

Explore is what I say! During the summer heat, it is almost impossible to see the island further than the beaches and main ports. Winter lets you do this. The mountains are green and full of vegetation allowing you to really see the island. Episkopi is one of my favourite, the first settlement on Hydra. A small cluster of houses about one and a half hours walk by foot from the main town. Locals will always welcome you if you knock on their door – but do be ready to be given food and wine!

Various monasteries can be visited, a horse trek can be taken, go fishing for calamari with a local or just chill and have a drink huddled by the gas burners and watch the world go by.

Only last week I met a family who were visiting the island for only two days. On arrival it was pouring with rain and cold. The husband told me he had come to go fishing. I hoped for him that the sun would come out the next day! The next day came, the weather worse. I thought the weather is so bad, they can’t do anything. I saw them as they were leaving, the husband was overjoyed as he showed me a huge frozen bag full of fish that he had caught! Unbelievable! Such happiness in two of the most miserable winter days on Hydra. It really made me smile 😊

If you do decide to buy a house in Hydra, you will get to know locals and neighbours very quickly and you will often be invited into their homes and visa versa. Time well spent and enjoyed too!

Winter in Hydra is definitely a worthwhile experience, even if it is just only once.

Two separate houses in one plot of 500m² in the…

A new construction built with stone and has lovely sea… 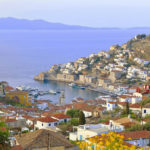