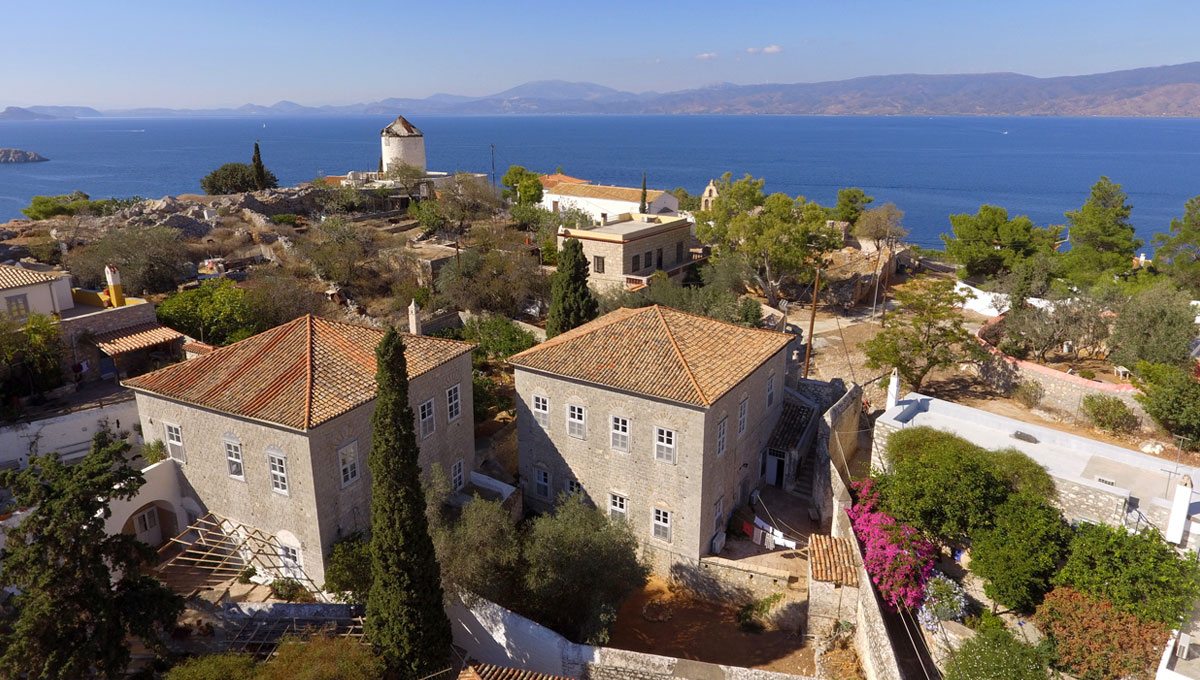 Kreizi mansion is an original archontiko for sale on Hydra Island, with traditional square cut stones being built in the 19th century.
Originally belonging to sea captains, who were brothers, each having the two archontika houses next to each other.

The first floor consists of 4 large rooms, one being a bathroom and is the only room that has been updated over the years for modern convenience. High ceilings in all rooms and typical meter thick walls. Outside towards the back of the property is a long veranda which has a glimpse of the sea in Avlaki.

Separate from the first floor, is the ground floor offering much more space. There is the main hallway/entrance having 8 large rooms leading off from it. There is the main living room area but most of the rooms have been used as bedrooms over the years.

Towards the back of the house is a very old spacious kitchen area with stone flagged floors. To one end is a covered outside area with furnace hood still in place, probably a place used for keeping animals in the olden days.
Underneath the kitchen is a large water cistern which collects rainwater and is still in use today.
There is an exit from the other end of the kitchen where 2 old ovens are found. This then leads into the garden area.

The rooms mostly have traditional wooden or stone floors, very high ceilings and some made from small narrow branches which have been carefully entwined to rest on larger beams. The windows are also decorated with traditional design around them.

Outside there is a large courtyard and outside bathroom. There is an ample plot in front of the house which could be turned into a lovely garden.

Work and renovation is needed on the property. Although the house has been in the family for 200 years, luckily it has remained mostly untouched, allowing someone to restore and maintain some of the beautiful features it offers. 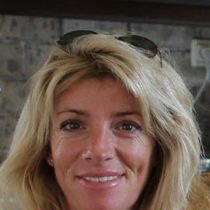 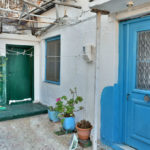 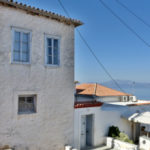